So I was crocheting along last night, and I stopped to look over the rows that I’d completed so far.  That’s when I noticed something about one of the shells.  The pattern calls for shells that consist of three double crochet, a chain, and three more double crochet.  That chain space is where you would insert a single crochet in the following row.  Anyway, what I noticed was that I’d messed up the placement of a single crochet.  Rather than insert it in the chain space, I’d crocheted it between two double crochet. 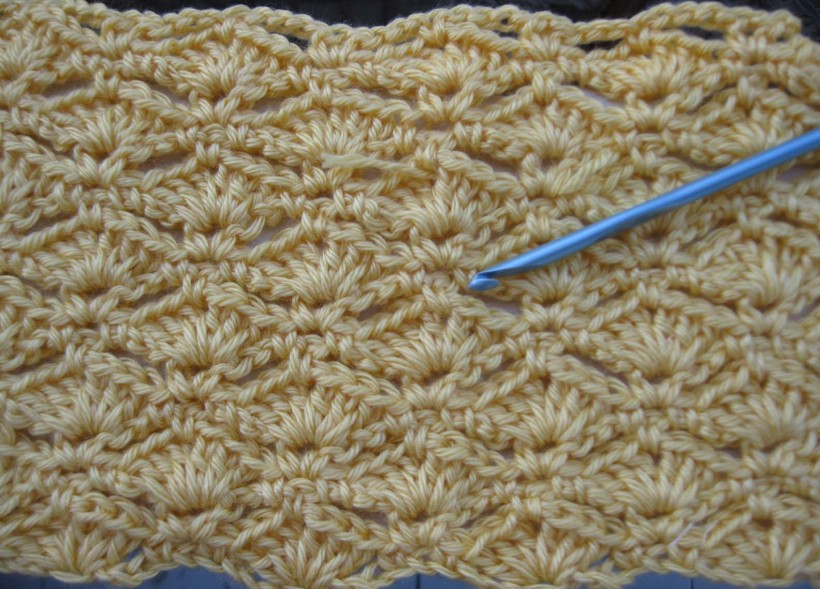 The crochet hook is pointing at the misplaced single crochet. See if you can spot the mistake.

I despaired for about a minute.  I thought, I’ll rip it all out and fix it.  But as you can see from the photo, I was already up a few rows.  Fixing the mistake would have meant frogging half of the already completed afghan.

So then I had to ask myself:  How important is it to you that this afghan be perfect?  Do you really want to undo all of the work that you just completed, in order to fix a mistake that no one else would even know was there?  In the grand scheme of things, is that one little imperfectly placed single crochet going to make a huge difference?

My older and current self is a lot smarter.  (And really, lazier.)  It just wasn’t worth it to me to undo the last hour’s worth of work just so that I could have all of my single crochets in all of the right chain-one spaces.  Because even if all the stitches were where they were supposed to be, so what?  This afghan was meant to be used and enjoyed, not put up on a wall for display.

So I made the decision to leave the stitches alone and to let my little mistake remain.  In time, I’ll forget it’s even there, and I’ll have moved on to other projects and other concerns.  Because that’s how it is in life sometimes. 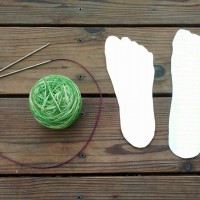